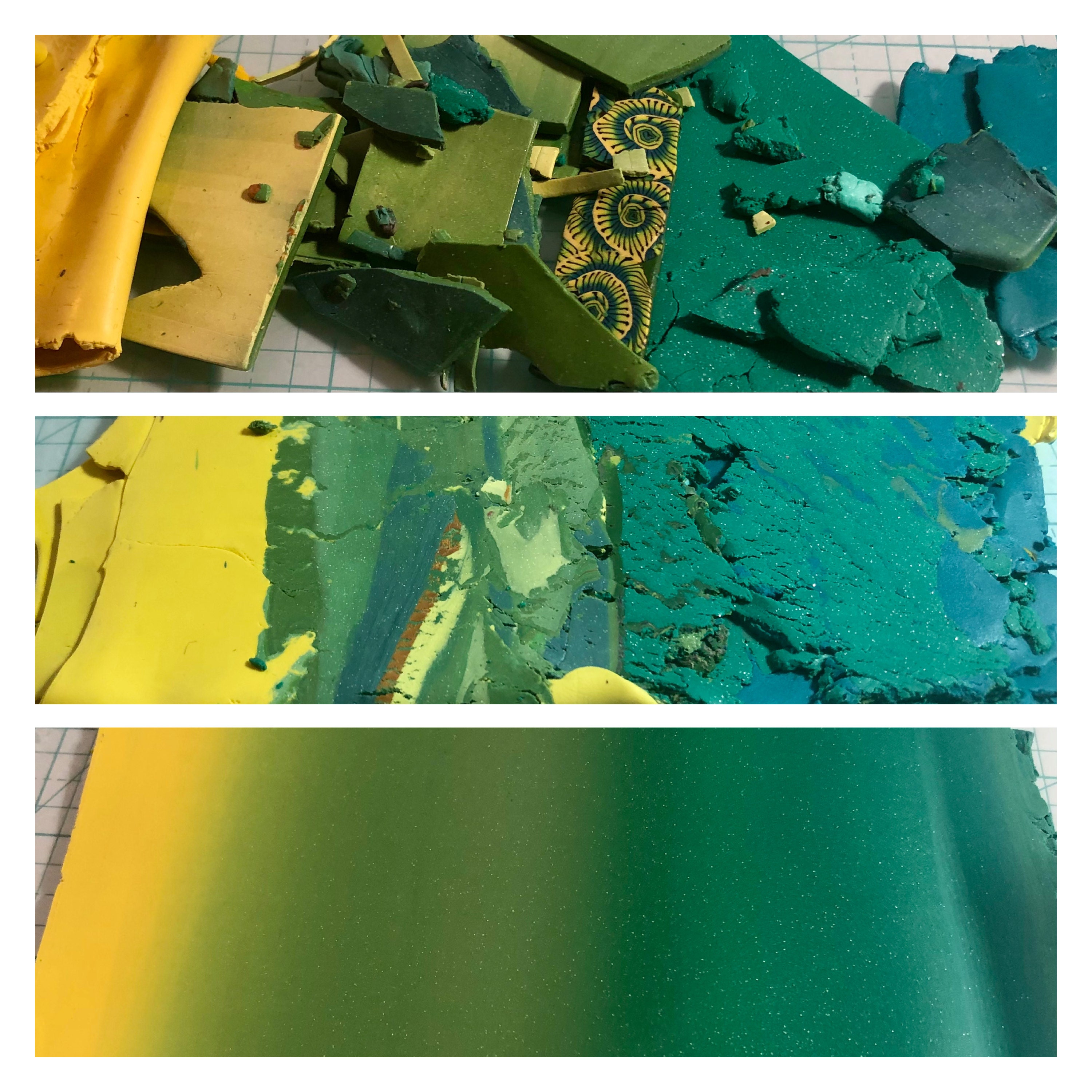 I don't know about you, but I have several big bins full of veneers, flat scraps, and leftover pieces of every color of clay in the rainbow! As I clean off my work surface when it gets overwhelmingly full, I sort out the scraps that have value (almost everything) and lay it out on deli wrap and throw it in my bins where it stays, usually till it gets brittle and unusable in its current form.

Then, when I do finally dig into the bins looking for pieces for a particular project, I find clay scraps that are a little too dry and brittle to use.  By organizing them into similar colors light to dark OR in rainbow order, they can often be rolled out  to create a beautiful blend of usable clay.

And after a lot of passes...  so pretty! 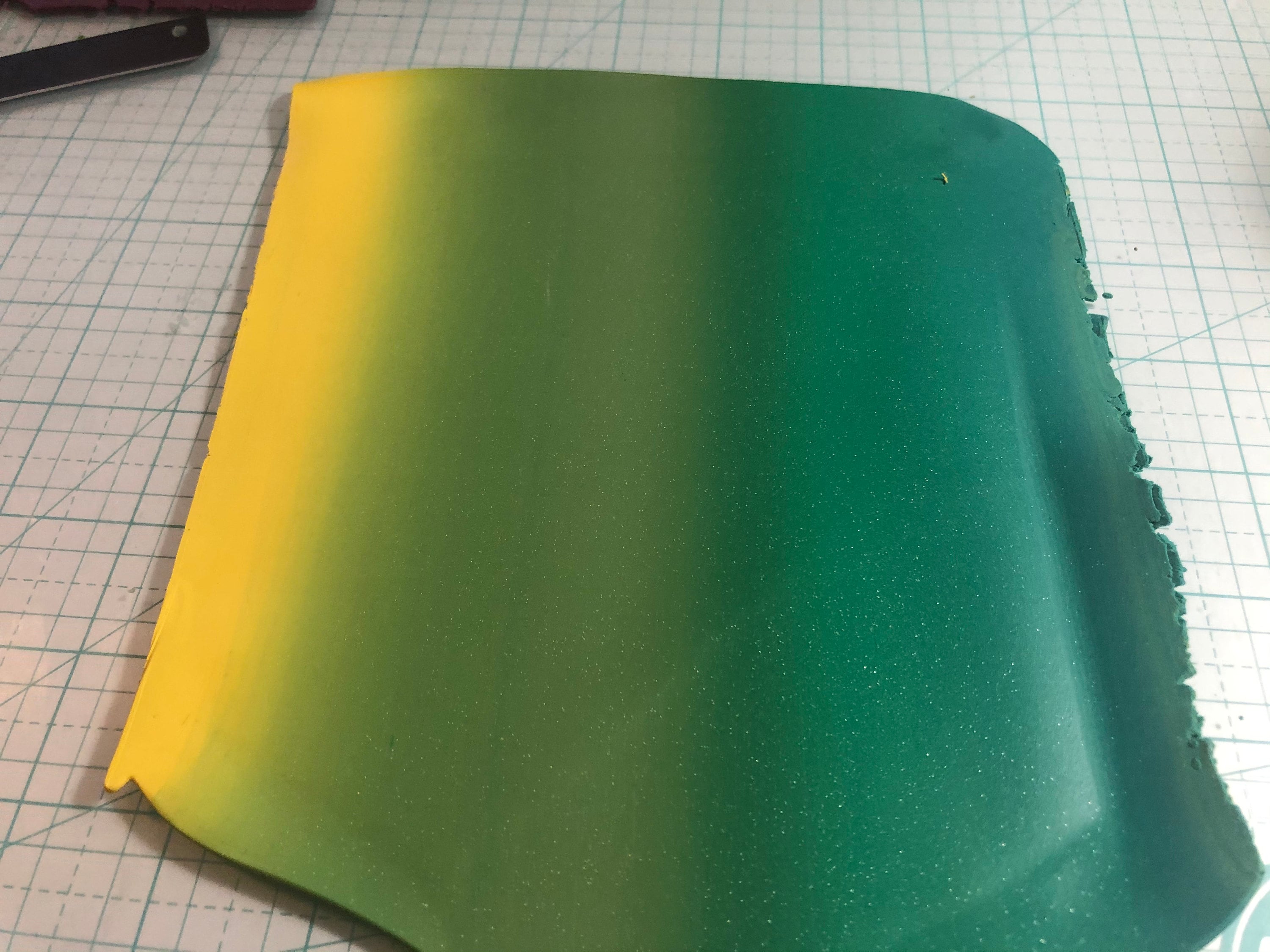 This particular clay pile ended up softening up easily on its own.   If it hadn't, I may have needed to add some clay softener or maybe just some nice, soft, fresh clay to the mix to get it to soften up.

This blend could be sandwiched between deli sheets to be used later, but I have learned my lesson! It probably would just dry out again.  So instead, I rolled it to a very thin strip, then rolled it up to a nice blended jellyroll cane, all ready for the next caning project. 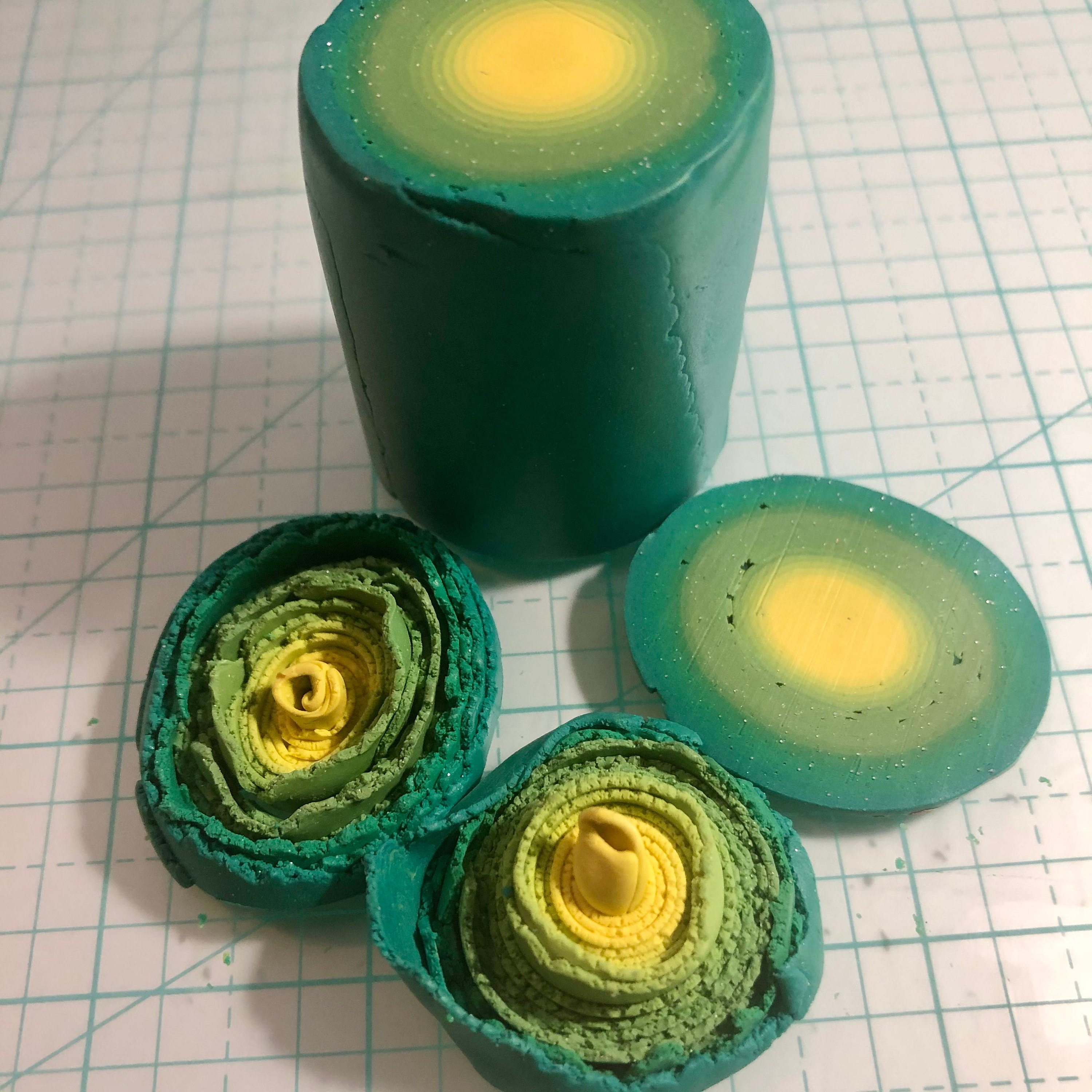 And, of course, those beautiful rough ends are just an added bonus!